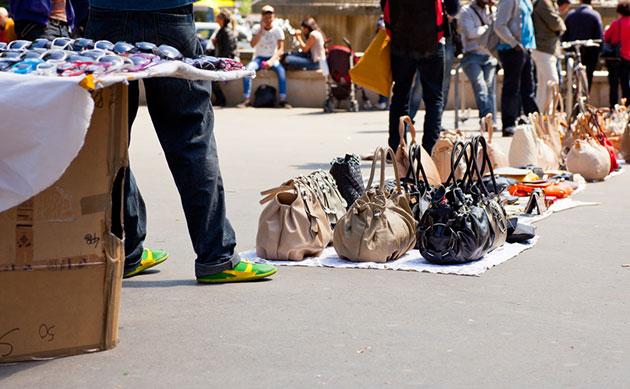 COUNTERFEITING IN EUROPE: 1 IN 10 CITIZENS HIT

Counterfeiting in Europe: In analysts' photography, all sectors are affected: cosmetics and toys, alcoholic beverages, electronics, clothing and chemicals and pharmaceuticals.

Counterfeiting in evolution. The latest EUIPO Observatory (European Union Intellectual Property Office) launches the alert on the proliferation of counterfeit medicines such as antibiotics, painkillers and products such as personal protective equipment. Criminals, riding the wave of the pandemic, prey on people's uncertainty by creating illegitimate trafficking in emerging treatments and vaccines. According to the latest research, despite the fight against counterfeiting, every year falsification and piracy generate losses equal to 15 billion euros in public revenues and a non-payment of social contributions by illegal producers. The problem is that year after year, criminal organizations are increasingly involved in the trade in counterfeiting, to which they link the activities associated with drug trafficking and money laundering. According to estimates by the EUIPO, unrealized sales in the EU each year due to counterfeiting in the cosmetics and personal care sector, in the wine and spirits sector, in the pharmaceutical sector and in the games and toys sector amount to 19 billion euros.

How many counterfeit products are there in Europe?

In 2020, the volume of fake articles circulating in the EU area amounted to approximately 438 million articles. About 30-40% of these have been identified in EU cross-border activities, while 60-70% are spread across the various internal national markets. The four sub-categories of commonly counterfeit products were apparel accessories, toys, recorded music, movies, software, gaming programs and cigarettes, totaling 33% of the reported counterfeit products.

Last year, infringement of intellectual property rights in products accounted for nearly 70% of the volume of counterfeit goods. And certainly the rising wave of e-commerce, when usupervised, has also contributed to fueling the traffic of counterfeit products.

Cosmetics and personal care in the viewfinder

Counterfeit products are not subject to the same rigorous checks as genuine products designed to ensure their safety for consumers or users. In particular, lost sales in the cosmetics and personal care sector increased by over 2.5 billion euros, which represents the most significant increase among the sectors examined. In the EU, approximately 14.1% of sales in the cosmetics and personal care sector (9.6 billion euros) are not made annually due to the presence of counterfeit products. In Italy, the percentage is 11.9%, equal to 935 million euros of lost sales each year, which is an increase of 225 million euros compared to the latest estimate of 2019.

Internationally, research conducted by the EUIPO and the Organization for Economic Cooperation and Development (OECD) shows that 15% of all counterfeit products in international trade seized by customs authorities infringe intellectual property rights (IPRs) of companies located in Italy. The analysis of the EUIPO shows that registered dangerous counterfeit products pose a serious risk to consumers according to the assessments carried out. The products in question were mainly intended for children (toys, childcare articles or clothing).

Find out how VeriCode guarantees the authenticity of products, protecting companies and consumers